How cord-cutters should plan for antenna TV's big upgrade.

It's still very early days for Next Gen TV.

The broadcast TV industry has been hyping a new standard for over-the-air channels over the past couple years. It’s called ATSC 3.0, or Next Gen TV.

The benefits of this standard are clear: Better reception, 4K HDR video support, Dolby Atmos and DTS-X support, on-demand video, and possibly even streaming to mobile devices and automobiles. (The standard also has also some iffier aspects, such as targeted advertising.) But ATSC 3.0 comes with one big caveat as well: While the new standard will work with any antenna, it’s incompatible with the ATSC 1.0 tuners built into today’s TVs, converter boxes, and DVRs. To take advantage of Next Gen TV, cord-cutters will need new hardware.

All of which has made me wonder at what point it no longer makes sense to invest in the current generation of antenna TV. With ATSC 3.0 set to roll out in the top 40 U.S. markets this year, and with some TV makers starting to build ATSC 3.0 tuners into their 2020 sets, has the time come to hold off on buying TVs or over-the-air DVRs that only support ATSC 1.0?

Next Gen TV: Where it stands now

Here’s what we know for sure about the forthcoming rollout of ATSC 3.0:

The top 40 U.S. markets as ranked by Nielsen plan to have at least one ATSC 3.0 broadcast up and running this year, with an additional 20 markets to follow. Collectively those will cover about 70 percent of the population. (A full list of markets getting ATSC 3.0 in 2020 is available at this link.)

As for hardware, Samsung has announced that it will support ATSC 3.0 in 13 of its 8K TVs in 2020, while LG will support the standard in six of its OLED sets. Sony will offer ATSC 3.0 in its X900H range, totaling at least 20 TVs with Next Gen TV support this year.

Beyond that, things get squishy. Dave Arland, a spokesman for both the ATSC 3.0 standards body and the broadcaster tech consortium Pearl TV, said discussions are underway with other TV makers, so it’s possible that more TVs will arrive in 2020; for now, the tech is destined for high-end televisions.

“Like everything, it’s going to start expensive and then work its way down,” Arland said.

Broadcasters do want to support existing TVs as well, but this will require external tuner boxes, and the plans for those are even murkier.

A company called BitRouter has built an ATSC 3.0 set-top box that can connect to TVs over HDMI, and a brand called Zapperbox plans to sell the hardware to consumers this year, but neither company is announcing prices or availability yet. (Given that BitRouter’s current hardware is a small NUC desktop computer running an Intel Core i5 processor, one could imagine the consumer product costing hundreds of dollars.) Another firm, called AirWavz, is planning consumer ATSC 3.0 hardware as well, including a USB dongle with PC/Linux support similar to what it currently sells to broadcasters. But AirWavz isn’t talking price or release date yet either. We might hear more details on these products at a trade show for the National Association of Broadcasters (NAB) in April.

I also asked Nuvyyo, makers of the Tablo over-the-air DVR, whether the company is planning an ATSC 3.0 version of its hardware. In an email, CEO Grant Hall said Tablo is evaluating its options, including tuner and demodulator chips that can support both ATSC 3.0 and 1.0 broadcasts simultaneously; but for now, the company is focusing on the current-gen Dual Lite and Quad DVRs.

“If broadcasters are able to meet the proposed timelines for transitioning major U.S. markets to ATSC 3.0 by the end of 2020, we may have something exciting to show off in this space at CES in January of 2021,” Hall said.

Should you wait for Next Gen TV?

My overall impression from these conversations is that ATSC 3.0 will only appeal to the most bleeding-edge early adopters in 2020. We still don’t know exactly which channels will be broadcasting in the new standard by year’s end, and the real boom in compatible hardware probably won’t happen until 2021 at the earliest.

Besides, the Federal Communications Commission is requiring all broadcasters to simulcast an ATSC 1.0 version of their primary channel’s programming until at least February 2023, and the FCC could still push that cutoff date back further. Even if you buy a new TV or over-the-air DVR now, it’ll work with an antenna for a minimum three more years, at which point upgrading to an external tuner or new DVR might be cheaper than being an early adopter in the next year or so.

The simulcast requirement does have a few wrinkles to consider: Public broadcasters want an exemption, and the rules only apply to the primary video stream on each channel. That means public broadcasters and digital subnetworks (think MeTV and Comet) could move exclusively to ATSC 3.0 before the main broadcast networks do. It’s also possible, if unlikely, that broadcasters could reduce the video quality of ATSC 1.0 channels to make room for the new standard.

But even as broadcasters try to push ahead on ATSC 3.0, there are several factors keeping them tied to the current standard. Antenna use is now at its highest level since 2005, and cable providers’ retransmission of ATSC 1.0-based signals is still a lucrative revenue source for broadcasters and TV networks. Cable companies haven't yet agreed with broadcasters on how to adopt the new standard in their retransmissions.

“Broadcasters don’t want to kill the golden goose, and that’s 1.0,” Arland, the ATSC spokesman, said. “And that will be 1.0 for several years.”

Of course, if your TV upgrade plans call for a top-notch OLED or 8K set this year, I won’t stop you, but don’t let the hype around ATSC 3.0 make you second-guess your cord-cutting strategy. Now’s as good a time as any to cut cable TV, with or without an antenna.

Sign up for Jared’s Cord Cutter Weekly newsletter to get this column and other cord-cutting news, insights, and deals delivered to your inbox. 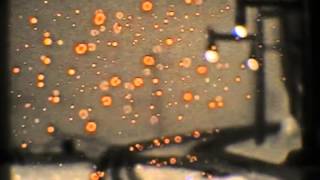 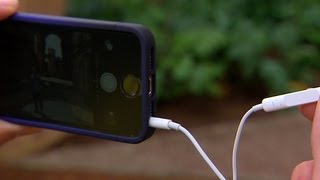